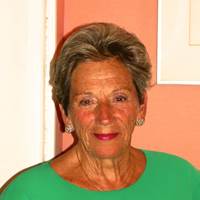 Welcome to the heart of a Norman Bessin village: Crépon . Small town Calvados located between Caen and Arromanches , Crepon is a few kilometers from the landing beaches and 12 km from the beautiful city of Bayeux.
In a manor house of character of the eighteenth century, inescapable charm surrounded by a park with century-old trees, you will be greeted the time of your stay by Anne-Marie Poisson in one of the bedrooms upstairs.

The Manor dates from the late 17th and early 18th century. He belonged to the family of the Marquis of St Suplix, he installed his illegitimate son, Michel Costey de Dondeville he appointed a justice of the peace, justice of peace being the current antique store.

The plaster of the Manor is made with beef blood that gives it this pink color. This roughcast is typical in the Basin.

The village of Crépon has 220 inhabitants on 541 hectares, agricultural vocation, it goes back to William the Conqueror.

Above all, stroll through the village, admire its fortified farms, its church of the 12th and 15th century with its Louis XV wood paneling and its beautiful 18th century mansions, all listed in the inventory of Historic Monuments.
A large park surrounds the Manor.
Antiques dealer at heart, Anne-Marie welcomes you in the store located in one of the outbuildings of the Manor (Bayeux porcelain, trinkets, glassware, antique furniture ...)

Free WI FI and present in all rooms and the Manor.
Breakfast is included but we do not do other meals.

A restaurant La Ferme de la Rançonnière is in the village 500m from the Manor and many restaurants nearby (a detailed description is available in your room).


The Manor has been welcoming guests for more than 25 years, you are welcome!

Your Comfort, Our Services